In Denmark Henrik Andersen is also a known as proffesional cartoonist!

Music for theatre and dance

Graduated from The Rhythmic Music Conservatory of Copenhagen in1995

Henrik became a student of the indian

Henrik Andersen has performed John McLaughlins concerto for guitar & orchestra "The Mediterranean" on several occations a.o in Moscow and Copenhagen. In 2018 Kaluga world of guitar festival commissioned a 45 min. guitar concerto from Henrik Andersen "På Herrens Mark" which he performed himself with Moscow symphony orchestra later the same year 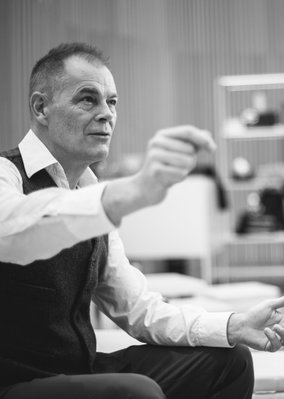 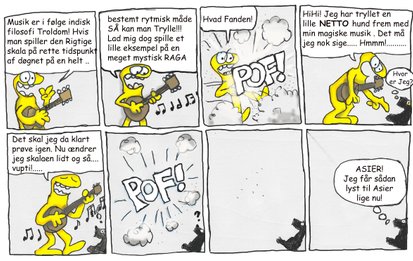 in his own personal way.

The instrument has 52 strings: 3 different harps!

Two of them I can play with my fingers and the last I can strum.

replaced by a 4 string bundle tuned in E & B.

These strings has a "buzz saddle" to produce the sitar like sound.

This neck is also scalloped - to get a sitar & veena feeling.
Middle neck is a 8 stringed guitar -

like a normal guitar with a B & F# bass string added.
Upper neck is a fretless soprano guitar tuned in A.

The unique guitar is created by worldfamous

canadian luthier Linda Manzer and we designed it together

DJBFA, KODAs kollektive båndmidler and the danish art council for making all of this possible.Special thanks to those who supported my crowdfunding

This is one of the most famous fusion guitarists.   In Kaluga, he performed something dawn, a thirsty flight, similar to the old legends alternating with a battle cry!

It sounded strong and large, like a single canvas, on which the imperturbable Andersen embroidered on the strings an intricate landscape.

and ardent is the dane!

"So much purity, power and love!